When I became the Convention Director for the annual convention of an international nonprofit, my goal was not only to increase their attendance but to generate profits for the organization. The profits made during this convention made up a large portion of the organization’s operating budget. I knew I had to maximize profits so they could keep doing what they do. They were put in the red the previous year by the former president who was responsible for the convention at the time, so the pressure was on.

There were two problems I had to overcome in general: Older audience and dry atmosphere. This stemmed from the organizational focus, which was a mixture of politics, science, and religion, something youth avoids these days as much as possible.

So, how can I put up a fundraiser with minimal costs, add spice to the entire convention, attract a wider audience, and bank on it? That was my question.

While brainstorming about different ideas for a fundraiser, I kept thinking what was the common denominator across all demographics (age, gender, ethnicity, etc.). What we all share in common are emotions, I realized. But which emotion would not only attract people to spend the money, but uplift the boring atmosphere and energize people to participate in an event actively? The answer is happiness. When people are happy, they are alive and active. Ready to rock, so to speak.

The previous convention had a stand-up comedian as a speaker telling people how to use humor to talk about that cause to others. To me, that was underutilization of talent. But it was my answer to the fundraiser quest: Laughter, in a form of stand-up comedy. Now I had to figure out how to do it for free as I didn’t have much of a budget to work with. Frankly, I didn’t have budget at all for this.

The first thing I had to figure out was where in the hell am I going to have this fundraiser without spending extra change that I didn’t even have?

The convention was held at a hotel. Luckily, one room which held 300 people (theater style) was free all day on Friday. When I negotiated a contract with the hotel I managed to secure the entire conference center (a separate building next to the hotel) for the weekend of our convention for free. If you don’t know, you can negotiate free meeting space at the hotel if you meet two requirements:

The hotel makes profits on those two, which covers expenses associated with meeting space. Sure you can pay for the meeting space, but that’s not free… Is it?

The lesson here is get more space than you need if you’re getting it for free. You can always come up with creative ways to monetize it.

What if You Want to Have a Fundraiser on its Own, What Then?

This one is tough. The only way to do it for free is get the venue to sponsor your fundraiser by offering free space. A few ideas to consider:

Quick note. Offer to stay after the fundraiser and help clean up the place. It pays off.

This is about PA (sound) equipment needed for the stand-up comedy performance. In my case the equipment was already rented for the use during the convention, plus a volunteer brought some of his own equipment. This is something I highly recommend you do, reaching out to volunteers to see if any have any sort of equipment they can bring. The small stage was part of it. It’s important to have a stage, so everyone can see the comedian.

Comedians prefer to have the light off in the room, with stage light on. This puts the focus on them and adds to the intimate atmosphere. A spotlight is ideal. In the last comedy fundraiser I did I asked the hotel staff to unscrew all the lights in the room and just leave two lights, above the stage, on — couldn’t afford a spotlight.

Restaurants, bars, clubs, theaters will already have sound equipment. Hotels fall in the category of get it yourself, unless you’re extremely lucky and an in-house company donates it. Having a fundraiser with a college group adds the benefit of using sound equipment that the college provides. Sometimes for a small fee, sometimes free.

Okay, I got the place and the equipment to do it. Who will perform… for free?

If you recall the comedian speaker I mentioned earlier, well I befriended him at that convention through some friends. The convention I was working on was happening in his hometown. So I decided to use his talent to the fullest. I got in touch with him and said, “I want to raise money for this organization. I got space and time, but I don’t have the budget to pay comedians to perform. Can you help me?” He was extremely enthusiastic about it and came on board not only to recruit some local comedian friends but to also host the comedy fundraiser. He recruited four comedians, plus him. One of them had a special on Comedy Central. They did it for free to support the organization. It was fantastic.

Well, Viktor, I don’t have any comedian friends to help me. Well get some. They're good friends to have. The answer lies within your local community. You need to leverage the power of local stand-up comedians. Myspace Comedy is a good source; so is Google. You’re bound to get at least one. Just like selling your cause to the venues to get free space, sell your cause to the comedian. Offer comedians a table to sell merchandise, if he/she has any. Plus, the PR is great. If it’s part of a larger event, offer them a free pass to enjoy the event if they want.

In my last comedy fundraiser, the budget was a bit looser so we flew in a big-time comedian to perform. He did it for free, we just covered his travel and lodging expenses. Used money made to cover some expenses. Raising some money is better than raising nothing for the cause. Don’t be afraid to do it.

The Comedy Night Fundraiser, as I called it, was an enormous success. It was about one hour to 90 minutes long on Friday evening. We charged $20 per person, separate from the convention registration. It was in a separate room and was a ticketed event, so volunteers collected tickets at the door. The room was filled not only with cries of laughter, but with people in each and every seat. That’s 300 seats. Are you good at math? How much money did I raise? Yup, $6,000. Not a dime spent. Next year I raised it to $25. I don’t recommend going high, $25 is a good price for comedy; and keep it under 90 minutes. Otherwise people will get tired.

Monetizing laughter is easy and very profitable. People love laughing and will pay the money to laugh. But if for some reason you can’t get comedians to do it, try something else. For example, local musicians or bands, performance groups, or get a podcast or radio host to do a live show with a panel of speakers on relevant issues.

Your last resort would be to get up on the stage and do comedy yourself. So start practicing now. 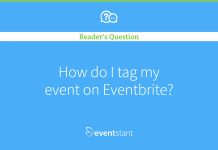 Question: How Do I Tag My Event on Eventbrite? 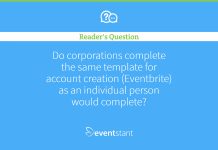 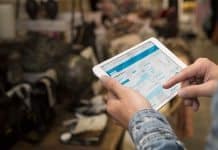 Accounting for Event Planners with Xero 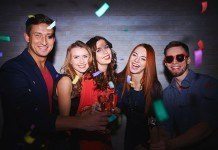 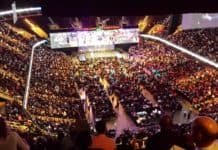 How To Avoid The Dreaded No-Shows At Your Next Event 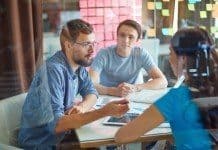 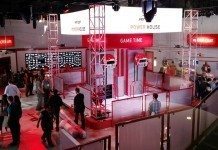 WiFi: The #1 Tool for Your Festival Sponsor Area 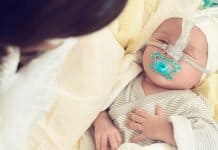 How to Plan a Get Well Fundraiser House Party 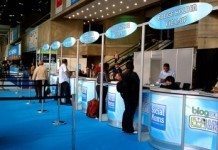 6 Tips to Boost Attendance Without Breaking the Budget

ABOUT US
Eventstant (formerly Viktorix) is an online guide to event planning and management to help you learn how to plan and execute memorable events. Our contributors range from professional event planners, to speakers, to event industry executives, and many others who are willing to share their expertise with our event planning community.
FOLLOW US
© 2020 ProjectArmy, LLC. All Rights Reserved.
We use cookies to ensure that we give you the best experience on our website. If you continue to use this site we will assume that you are happy with it.Got it